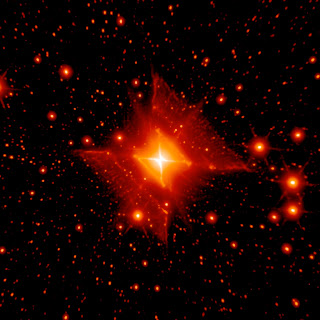 The ancient practice of sacrificing a scapegoat to appease the wrath of pagan gods could be traced back to ancient Ur of the Chaldeans in the territory of Babylon. Nimrod began his empire at Babel and desire to turn the hearts of the people away from the Eternal Yehawah, only a few hundred years after Noah's flood.
(Ge 10:8-9; 10-11; 11:1-2; 3; 4; 5-6; 7-8; 9;  ) Nimrod was assisted by an adulterous woman named Semiramis who called herself the high priestess of Inanna the Queen of Heaven." The Chaldean culture originated with the people of Sumer, who were later called Samaritans and named after their high priestess Semiramis. Nimrod and Semiramis devised a pantheon of pagan deities and created deceptive religious practices that led people away from obeying Yehawah’ s righteous eternal laws. Nimrod declared himself king, divinely ordained by the gods. Semiramis promoted every kind of lustful pursuit and sexual immorality. Wickedness and lawlessness would receive approval from the, "Queen of Heaven" through the sacrifice of an innocent scapegoat. The bloody injustice of a scapegoat substitution sacrifice became the foundation of pagan idolatry that attempts to remove the guilt of their sinful rebellion against Yehawah's Commandments.

The Babylonian Mysteries became the foundation for religious mythology that originally worshiped their creation god and goddess "Anu -  Ki" that later transitioned to "Osiris and Isis" and other deities like Ishtar, Astarte, Aphrodite, Diana, which continually followed the pattern of the "Queen of Heaven."
See also:  666 the BEAST n U  and  ANTi-CHRiST

(Ge 11:27-28; 29-30; 31; 12:1;  2; 3; 15:5-6; 7-8; 13; 14; ) The True Yahweh hates falsehood and guided Abraham to leave "Ur of the Chaldees" and later, the descendants of Israel would be freed from their enslavement in idolatrous Egypt.
(Acts 7:37; 38; 39; 40; 41; 42; 43; 44; )  But, the temptation of lawlessness would lead the nation of Israel back into enslavement of sin and they returned to worshiping the deceptive idols of Babylon.
(Lev 16:7-8; 9; 10; ) Even Yehawah's Atonement sacrificial offering became perverted in their minds as they worship the "Azazel" as a "Scapegoat" that would carry away their sins and appease the wrath of Yehawah. Israel's hearts were darkened and they could not see the "Pure SinlessLamb" of Atonement that Mercifully Forgives and Purifies truly repentant worshipers that return to obey Yehawah's Covenant Commandments. Israel could not discern the difference between the 2 goats of Atonement, 1 for Yehawah and 1 for Azazel. 1 goat represents the Savior Messiah the other represents the source of sin Satan, who must be cast out.
See also:  BLOOD of the LAMB  snd  BEARiNG SiN

Ps 19:1 Heaven declares Eloheyem's Glory; the Sky speaks of His handiwork; Day and Night they Sing.